This story features independent illustrations written by Josh Byrnes, the artist of CarScoops, based on RAM’s teasers and our own information. The renders are not related to or endorsed by RAM.

The auto industry’s ambition to electrify anything and everything is getting an incredible boost, from small hatchbacks to sports cars and large trucks to SUVs. Even heavyweights like GM and Ford are going all out for battery-electric power for their most popular nameplates with the Silverado EV and F-150 Lightning.

Not to be outdone, the RAM Trucks crew is hard at work attacking the battery electric market under the banner of ‘RAM Revolution’. Auburn Hill’s first dedicated EV truck is the RAM 1500, which has been viewed on numerous occasions through shadowy teaser sketches. Curious about what the final product will look like? Read on as we take an illustrative look at the crystal ball and explore everything else it has to offer.

The only thing Ralph Gilles and his team at RAM Trucks do well is the design – there are no Cybertruck levels of polarization with this truck’s styling. The front features an illuminated ‘RAM’ logo in a decorative panel instead of a traditional grille. Dual-bar DRLs help frame the LED headlights, and a contrasting hourglass graphic adds dynamism to the lower bumper.

Read: We envision a 2025 Subaru Baja rival of the Ford Maverick and Hyundai Santa Cruz

A steeply sloping cab and rear pillars exude a futuristic aesthetic, as do the black inlays that run down the side sills and front fenders. The rear is just as futuristic as the front, with a high bed, full-width LED taillights and illuminated RAM lettering in red.

While little is known about the interior, if the current 1500 Laramie and Jeep Grand Wagoneer have anything to offer, there’s a good chance it will be one of the best in the business. Expect big items such as large infotainment screens, a digital instrument panel, heads-up display, over-the-air updates and Level 2+ semi-autonomous driving.

The foundation of the 1500 is the STLA Frame architecture from the Stellantis group for large trucks and SUVs. The body-on-frame platform is large enough for battery packs ranging from 159 kWh to 200 kWh, with the latter good for 500 miles (800 km) of range.

With an 800 volt EV architecture, DC fast charging should enable conductive fast charging (provided you use a DC fast charger that works). Vehicle-to-grid (V2G) and vehicle-to-load (V2L) technology will power equipment in the workplace and even the family in a blackout.

The 1500 BEV will initially be offered with electric motor power ranging from 201 hp (150 kW) to 443 hp (330 kW), with either the rear wheels or all four wheels driven. Those wanting higher performance may be in luck with rumors suggesting a twin-motor 885 hp (660 kW) variant is in the works, which, to be honest, is utterly insane for such a heavy, battery-loaded pickup truck.

In an intriguing move, Stellantis has also announced a REPB, which stands for Range Electric Paradigm Breaker. Think of it as a long-winded name for a range extender, though it’s still a mystery what form this will take, with conjectures ranging vastly from ICE to hydrogen combustion.

The RAM 1500 BEV will compete directly against the Ford F-150 Lightning, Chevrolet Silverado EV/GMC Sierra twins, Hummer EV SUT and Tesla’s Cybertruck (when it eventually arrives). Others include the smaller Rivian R1T and the upcoming Toyota Tacoma EV.

An official unveiling is expected within the next 12 months as a participant in the 2024 model year.

What do you think of the exciting new direction of RAM? We’d love to hear them in the comments below. 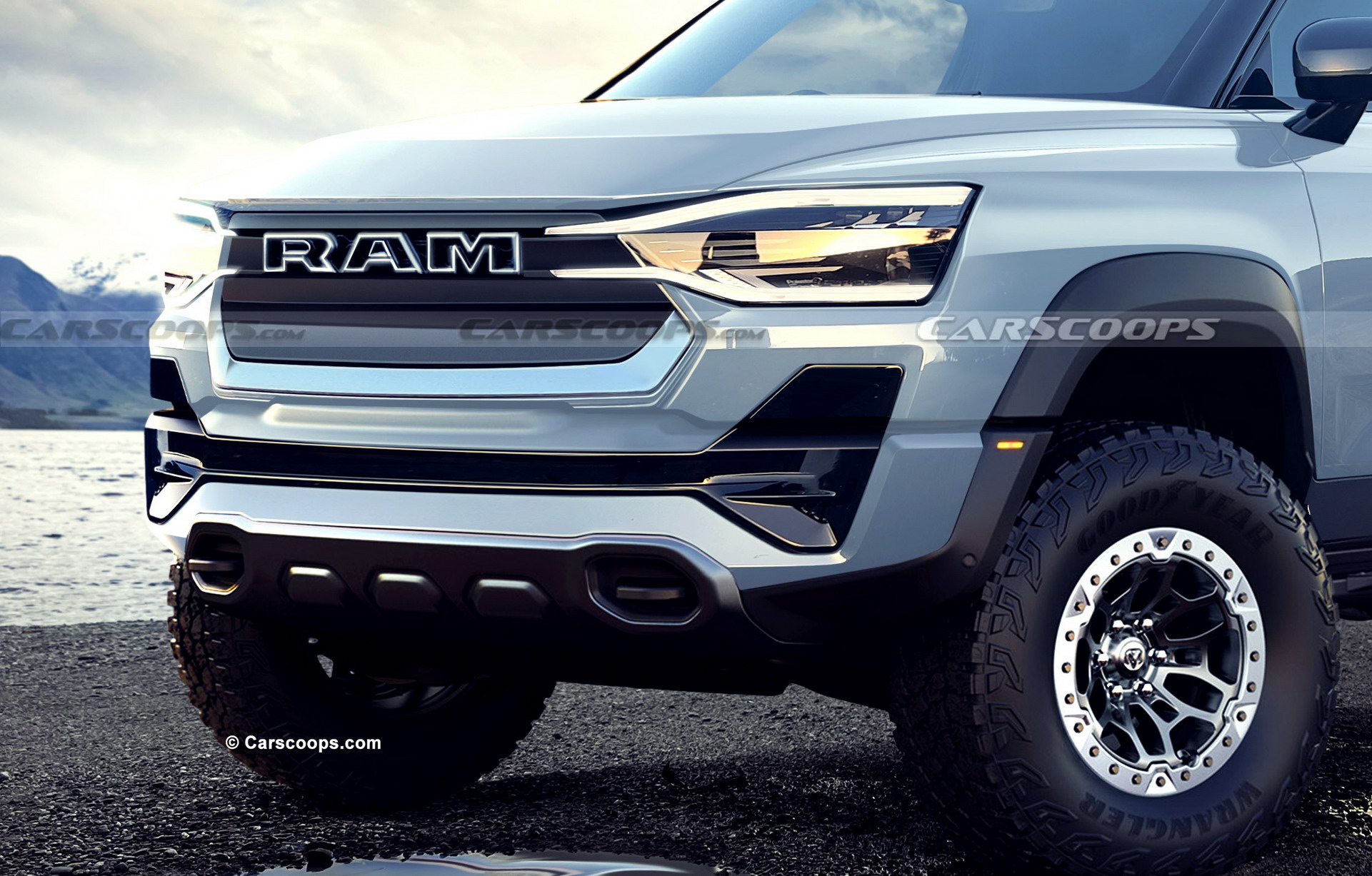