Manufacturers are putting the miles on their new LMDh cars as they prepare for the IMSA WeatherTech SportsCar Championship GTP and FIA WEC Hypercar competition in 2023 and beyond. While Porsche was the first to hit the ground running with its 963, the other manufacturers are catching up and often use some of the knowledge Porsche gained during its testing to do so.

As we rush to the first IMSA-approved test immediately after the Petit Le Mans season finale, less than a month from now, RACER monitors the manufacturers and their progress as he tries to get the cars ready for some IMSA testing and then the Roar Before the 24 and Rolex 24 At Daytona in January. First up: Cadillac and BMW.

Cadillac has already conducted several tests of its V-LMDh, starting with a shakedown and including runs at Sebring International Raceway in Florida with Porsche in July and at the end of August at Michelin Raceway Road Atlanta, both teams that will drive the cars – Chip Ganassi Racing and Action Express Racing – are now involved in the tests, with only a handful of drivers who will race the car in 2023 but have not yet tried. So far it’s going well, starting with the “shakedown”.

“We were able to run a lot more than I would consider a normal shakedown, which was exciting – being able to do so many laps with the car and try things, instead of making sure everything is talking to each other,” explains Laura Klauser. , sports car racing program manager at General Motors. “And I think the reason we were able to do that is because we did a lot of what I call ‘indoor testing’ before we got the car on track.

“The bike has been on a test bench pretty much all year and working on that sort of thing. Once we had parts, we matched the hybrid system to them as best we could, working all that through. And then we did some work at [dyno company] AVL, which I think most OEMs do. With such an intricately integrated system it was great to try that out on a dyno and the full car setup because then you can work out the bugs there, rather than being on the track where you never know what Mother Nature is going to do do throw at you, and you have a lot more people there, because personally driving the car takes a lot more manpower than just hooking it up to a dyno.”

As all manufacturers make progress with their testing programs, they look for a balance between test systems and performance, and try to test durability. While mating, in the case of Cadillac, a naturally aspirated V8 for the spec hybrid system has its own challenges, and figuring out how to work everything together and make the car fast is equally important to ensure it can run for 24 hours. drive, because the first real test of the LMDh cars will be the Rolex 24.

“We really want to make sure we’re going to check the durability of everything, working on mileage on the car is as simple as it is. And there’s a balance, because if you develop a lot in an integrated system, like the drive unit for this car, it doesn’t really get that many miles on it,” Klauser noted. “Usually you go out, do a few runs, come back, check your data – you just gently move forward to hone in on whatever you’re chasing. With the mileage covered, the idea is to get the car just to get him to walk and let walk – and just run and run and see what happens as things get older and wear out. So it’s looking for a balance. Obviously in the future we still need to do development – that’s important – but then we also need to achieve our sustainability testing goals.”

The test with Porsche provided great insight and an opportunity for further collaboration, and all four LMDh manufacturers are exchanging as much information as possible so that they can make the starting grid for the Rolex 24 just five months away and tell them all about somewhat reliable race cars. possess. good for no one if the failure rate is high. And the LMDh is a much more complex car with the spec hybrid system than a DPi to begin with. Manufacturers need to figure out how to make systems work together that were previously more independent.

“The complexity of this car is unbelievable,” she said. “We knew it wasn’t going to be easy; but until we got into it and really found out how much the systems talk to each other… Systems that in the past never really cared about each other are now connected just because you have the hybrid system, the engine, the electronic braking system all those things come together and all the bits in between come into contact with it. Interactions that were nothing or that you didn’t have to worry about can now stop the car.

“Luckily we have some great people who are digging into this and trying to figure it all out and make sure we don’t miss anything. It’s exciting – from an engineer’s perspective, this is where it’s fun, because it’s a new area where we play and we learn and try new things and there are no bad ideas. It’s what makes this all pretty exciting and what’s exciting about the car.”

The drivers are also enthusiastic about the car.

“I think we’ve had a really successful first test at Sebring and the guys at GM have done a great job over the short break to gather all the information and take some positive steps forward in the overall development of the car,” said Chip Ganassi Racing’s Team Principal. Earl Bamber after the Sebring test. “We continue to learn about the engine and the hybrid system, which is new to everyone. The same goes for the powertrain and chassis with Dallara. The car is insanely fun to drive. Now it’s all about getting more miles, so it’s a busy time to come up with tests that are critical to the project.”

BMW has put its M Hybrid V8 through a series of tests in Europe and is about to begin testing in the US. , as it tries to get its car ready for Daytona and a two-car IMSA WeatherTech SportsCar Championship program with BMW M Team RLL.

“We’ve never made a secret of the fact that the decision at BMW was made quite late to develop an AMDh car,” he said. “This is now coming into a pretty full and tight schedule. But we love this competition and we’ll make it in the end – that’s why we’re there. So it sure is easier the more time you have, but that’s the way it is and we all want to be in Daytona. So it’s definitely going to be a tough time.

“We went on the track for the first time last month. Of course, not everything always runs smoothly. But I think we can be quite happy with how things are going. So we have already covered some kilometers and are continuing our very intensive test phase.” 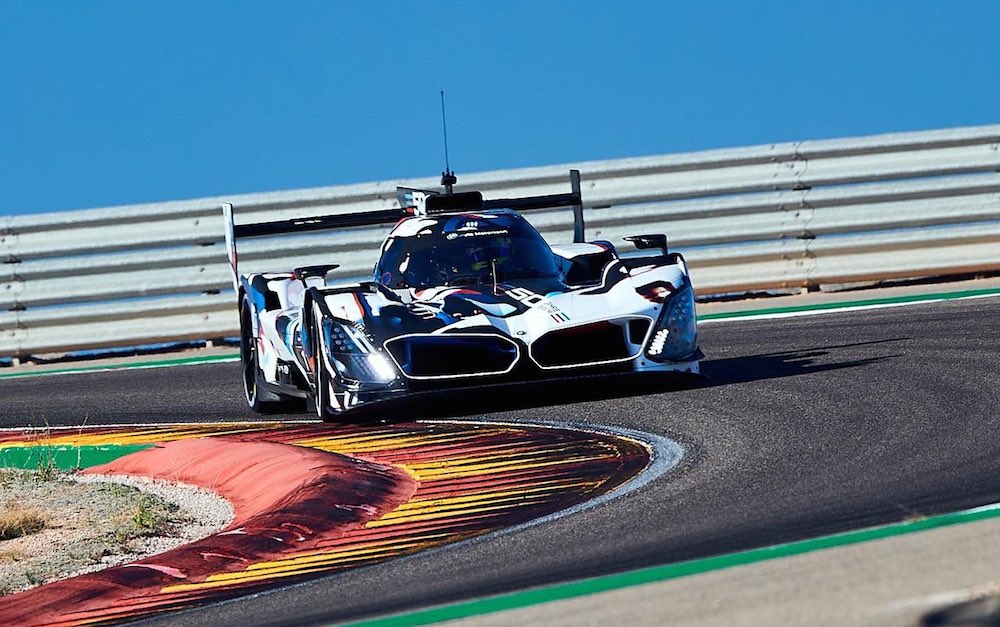 Many BMW drivers have tested the car in Europe, including Connor De Phillippi, Augusto Farfus, Nick Yelloly and new hire Rene Rast. De Phillippi, who campaigned for the new BMW M4 GT3 for Team RLL in GTD PRO this season, was the first to get behind the wheel.

“It all went very smoothly,” said De Phillippi. “Of course it is still very early. Lots of system stuff to work with. It’s the first time we’ve had such a hybrid race car, so it’s kind of a new step for us as a team and as a brand. I was honestly really impressed with the mileage we recorded when we first drove the car. So definitely a positive start. I think it’s been to our advantage that a few of the other brands did some laps and wiped out the bugs in some systems a bit, and it’s allowed us to get a little bit off the ground.

“It was great to drive. It was a real honor to be the first to ride in it. Obviously it’s a rare thing to do, especially since we haven’t been to that level in a very long time. I immediately felt comfortable – I had the chance to do some LMP3 stuff last year, and so stepping into such a closed cockpit made me feel a little bit at home. But that was the most power I’ve ever had in the race car. So that was pretty amazing to feel the sheer grunt of that thing,” he added.

BMW will run its two-car program with Rahal in IMSA for 2023 and expand to WEC in 2024. The company has stated no intention to sell customer cars, but will keep that option open. Right now the focus is on getting the cars ready to compete in one of the toughest races on the WeatherTech Championship schedule to open the season.