The Cadillac XT5 first hit the scene for the 2017 model year, reviving the brand at the time with a replacement for the then-dated SRX crossover. Now it’s five years later and the XT5 is also starting to get long in the tooth. In 2020, the crossover received some modest updates and a 2.0-liter 4-cylinder engine was added as a fuel-saving option for those who didn’t need the power of the V6. But otherwise the XT5 hasn’t changed much since its debut. In a market with such strong competitive pressure from both the luxury and premium markets, can the current XT5 keep up as it is? 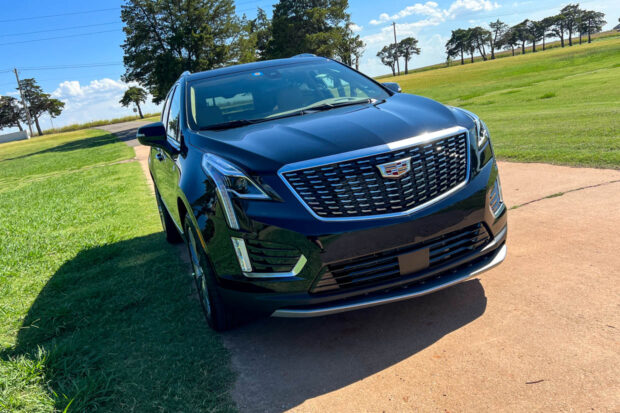 The exterior design of the XT5 is typical Cadillac, with strong, angular lines when viewed from the front, rear or side. This particular XT5 came in the Premium Luxury trim with four-wheel drive. The Stellar Black Metallic paint has a luxurious look befitting a limousine, and the optional 20″ polished wire wheels are stylish and sturdy. The overall look is distinctive and stands out from the crowd of curvy crossovers, although it’s a bit edgy for my taste. 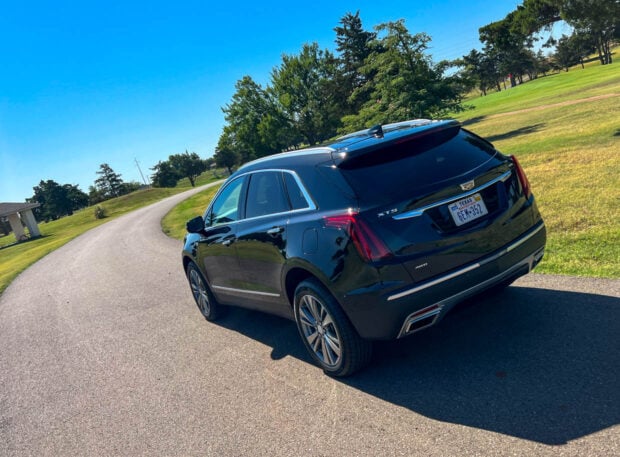 The XT5 I tested was equipped with the 3.6 liter V6 engine, which is the most satisfying thing about this Caddy. It’s more powerful than the engines in many midsize crossovers, with 310 horsepower and 271 lb-ft of torque underfoot. It’s a peppy engine that offers satisfying acceleration and a sportier feel than the other GM vehicles I’ve driven that share the C1XX platform. The 9-speed automatic transmission shifts smoothly and is most satisfying in Sport mode. Ride quality is good, although I couldn’t notice much of an impact from the adaptive damping system when switching between riding modes. It’s quite subtle. 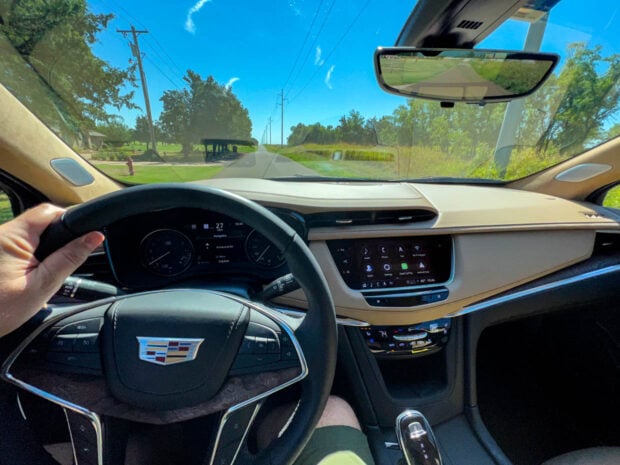 Inside, the XT5 hasn’t changed noticeably over the years either. The sloping dashboard design is typical of Cadillacs released in the mid-2010s, something I’ve never been a big fan of. This design directs your gaze to the center console storage compartment rather than the instrument panel or horizon like more linear dashboards. An 8-inch touchscreen provides access to the Cadillac User Experience system, which is just a fancy name for contacts, media, and navigation. The system is responsive and intuitive and now features wireless Apple CarPlay and Android Auto, two of the more recent additions to the XT5.

I enjoyed the added visibility of the digital rear-view mirror, which offers a wider field of view than a regular mirror. On the other hand, I found the optional $2,000 infrared Night Vision safety system more of a gimmick, especially since it’s buried in a menu and the graphics only appear on the small screen in the center of the instrument panel. If Cadillac could figure out a way to project Night Vision onto a head-up display, it would be much more useful. 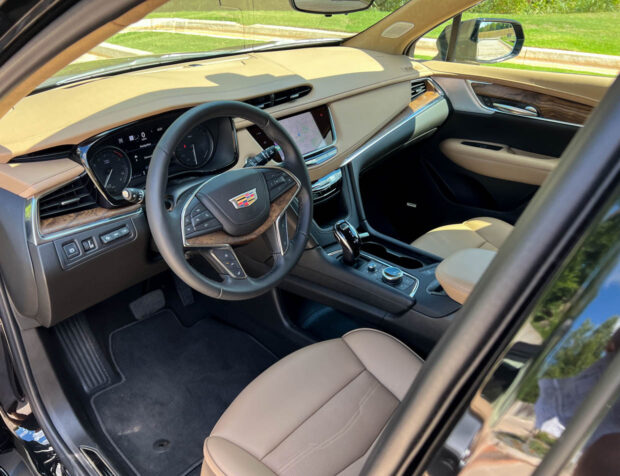 The materials and build quality of the XT5 Premium Luxury trim are high quality, with genuine leather and metal trim elements, as well as a tactile suede headliner. The pricey $4850 Platinum package brings semi-aniline leather on the seats, leather on the dash and doors, and the aforementioned adaptive damping, among other features. Perforated metal grilles give the Bose 14-speaker audio system a luxurious look and feel, delivering clear and powerful audio throughout the cabin. 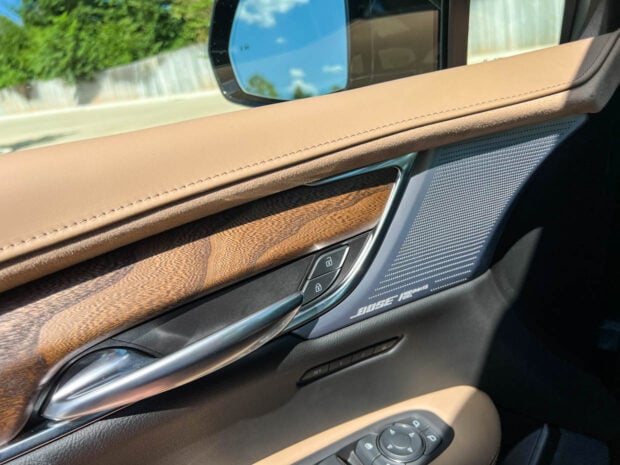 One place where the XT5 excels is in passenger comfort. Both front seats are well padded and supportive, providing warmth and ventilation. The seat cooling was extremely nice to use while cruising around on 100+ degree days here in the Great Plains. The dual-zone climate control system works well, with separate vents for rear seat passengers. The rear seat has exceptional leg and headroom, comfortably seats three adults and the outer seats are heated. 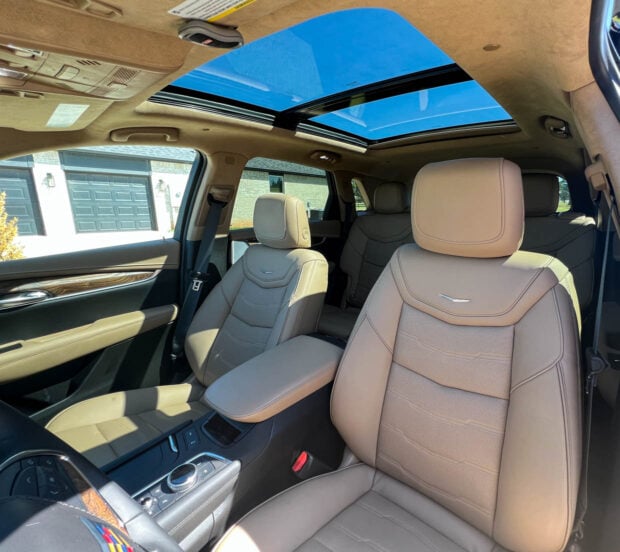 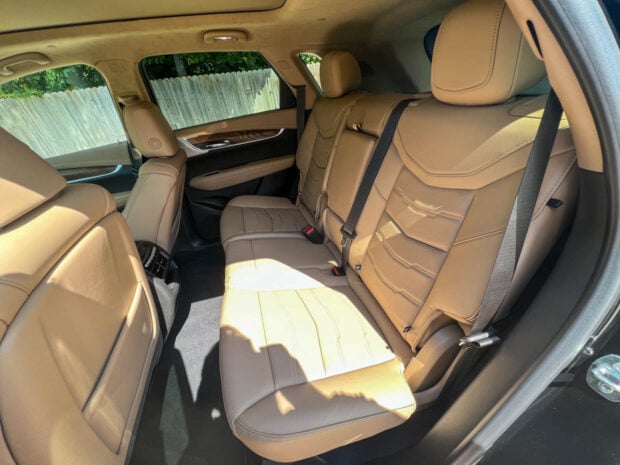 The cargo space is above average. When the back row is in use, you get 30 cubic feet; with the second row folded down, that climbs to an impressive 63 cubic feet of space. The gently sloping roofline makes it easier to transport larger items than with some other crossovers. The load compartment also has a sliding rail system and an adjustable metal bar, which you can use to distribute the load and prevent it from sliding. That bar can be removed when not in use. 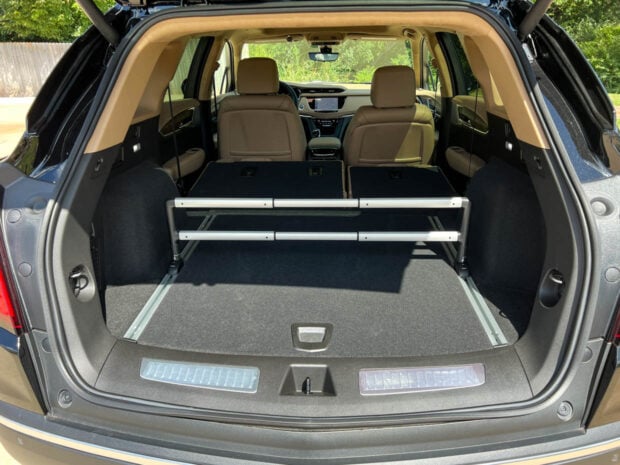 All in all, the 2023 Cadillac XT5 is a perfectly pleasant and luxurious crossover. But with a base price of $51,995 for the Premium Luxury AWD model, $14,950 in options, plus a $1395 destination fee, the XT5 shown here had a final sticker price of $68,340. That’s a lot of money to pay for a vehicle that feels a little behind the times. Competitors like the Genesis GV70, Acura RDX and Lincoln Corsair all offer a more modern and fresh experience for less money. I’ve heard rumors that a redesign is expected for the 2024 model year, so I’m hopeful that Cadillac will take that opportunity to outshine its competitors and get the XT5 back in the game. 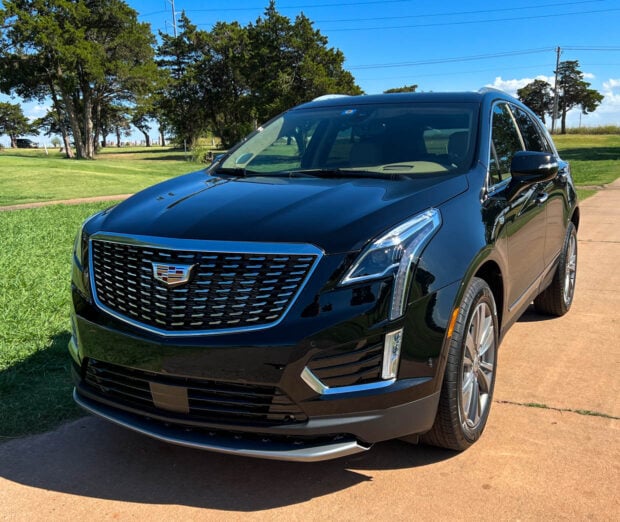