Today, Dodge’s SRT division is all about big cars with big horsepower, but in the early 2000s, the company courted a different kind of sports car buyer. The Dodge Neon SRT4 – later shortened to just Dodge SRT4 – was a hot entry into the burgeoning compact sport segment, offering mega thrills at a relatively low price.

Despite only being sold from 2003 to 2005, the Neon SRT4 was a hit. Dodge only planned to sell about 2,500 units annually, but more than 25,000 SRT4s found homes by the time it went out of production. The sedan was and is also popular with aftermarket tuners. Shame about the angry headlight mod.

Why is the Dodge SRT4 a future classic?

A large rear spoiler, extra front nostrils, and unique side skirts gave the SRT4 an aggressive look, and inside, the Neon had special seats modeled after those used by Dodge in the Viper. Of course, we can’t help but laugh at the fact that the SRT4 had front power windows, but manual rear windows. Cost saving at its best, right there.

A year after its introduction, Dodge gave the Neon SRT4 some upgrades, so we apologize to anyone still bummed about getting one of the first 2003s. Larger fuel injectors and a recalibrated ECU boosted power to 230 hp and 250 lb-ft, and the 2004 SRT4 received a limited-slip differential and BF Goodrich ultra-high-performance tires. This is also when “Neon” was officially dropped from the name.

What is the ideal example of the Dodge SRT4?

Obviously the original 215 hp Neon SRT4 isn’t as desirable as later models, but the lineup’s real treasure came in 2005: the ACR. This version did not offer more power, but came with 16-inch BBS wheels, 225/45 series tires, a lower ride height, adjustable dampers, larger rear sway bar, stiffer bushings and racing seats. Fewer than 1,200 ACRs were sold, making them quite rare. 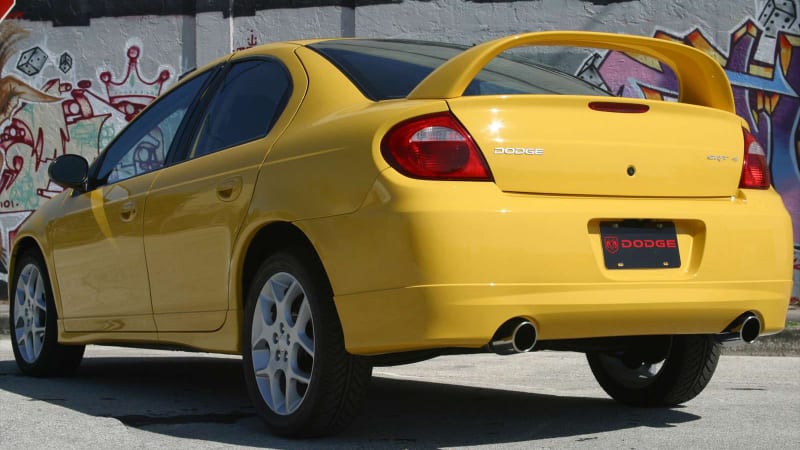 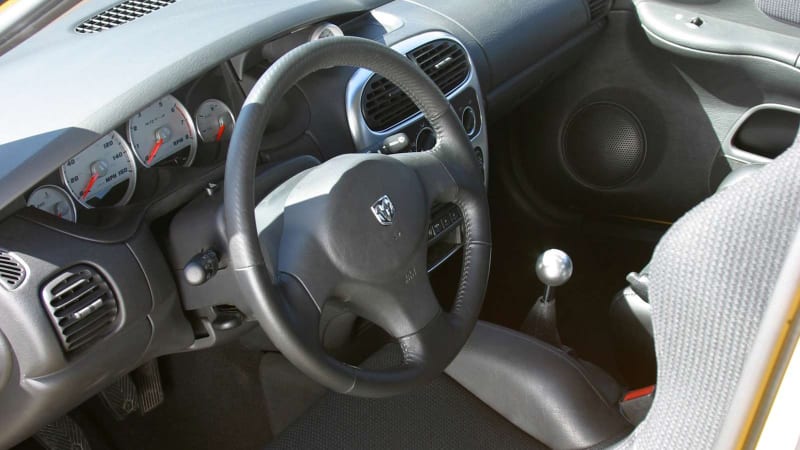 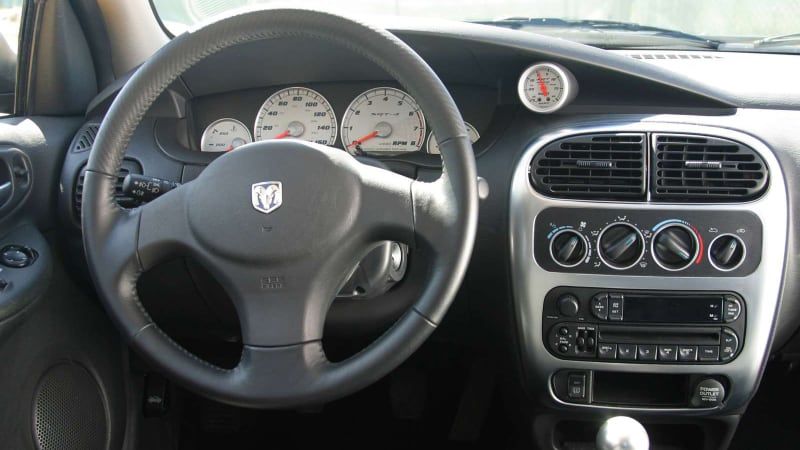 Speaking of rare, a final SRT4 Commemorative Edition was also offered in 2005, but it wasn’t a performance-oriented updo like the ACR. Instead, this variant got blue stripes across its white body, blue interior accents and stainless steel door plates. Only 200 were made and it even came with a special booklet, just like the Commemorative Edition Vipers and Ram SRT10s of the time. If you’re mainly looking for exclusivity then this is definitely the SRT4 to get, with low mileage examples commanding decent cash. But for obvious reasons, we prefer the ACR.

Our used vehicle classifieds can be helpful in finding a good deal near you. Refine the range by radius around your zip code and note the deal score on each listing to see how a vehicle compares to others in a similar area.

Are there good alternatives to the Dodge SRT4?

Compact sports cars were thick on the ground in the early 2000s, and the Neon SRT4 had stiff competition. In the front-wheel drive class, rivals were the Ford SVT Focus, Mazdaspeed Protege, Nissan Sentra SE-R and Volkswagen GTI, while adding all-wheel drive unlocked the excellent (and bugeye!) Subaru WRX.

It’s hard to go wrong with any of these, but the Neon SRT4 was particularly special. As such, it won a number of high-profile comparison tests and earned top honors from publications such as Car, Car and driver, Edmunds and Sports compact car.

Dodge has never offered a true successor to the Neon SRT4, other than the hilarious/horrible Caliber SRT4 compact crossover/hatchback (you may see that eventually highlighted in a similar article… but you may not). Now Dodge performance is all about 800 horsepower Challengers with yellow bumper guards that burn out between stop lights. The Neon SRT4 was a one-time era of SRT performance that will probably never happen again.